The sponsorship sector (Pertubuhan Peduli Insan Malaysia ) is concerned with sponsoring orphans, poor families, people with special needs and those with chronic diseases among the displaced and poor Syrians, socially economically and psychologically, in order to improve their living conditions as much as possible, to reduce their suffering and put a smile on their faces after all pains and hardships they experience during their displacement Projects of sponsorship sector 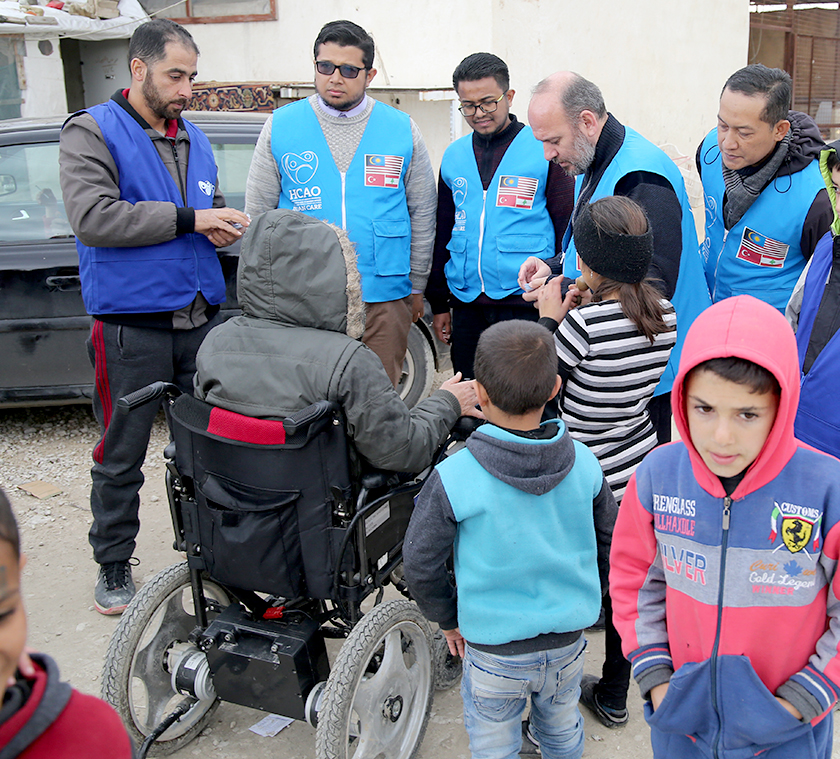 ِAllah Almighty says: “and if any one saved a life, it would be as if he saved the life of the whole people.” (Al-Maedah/32) (Pertubuhan Peduli Insan Malaysia) launched a project to sponsor emergency medical cases of the displaced, the poor and the needy in the camps of Syria and Lebanon The organization pays the fees of the patient's treatment in the hospital or medical center in an effort to provide relief for them to return safely and well as soon as possible to his family. Between 2014 and 2019, the organization fully sponsored more than 527 medical cases distributed in the camps of Syria and Lebanon. (Pertubuhan Peduli Insan Malaysia) aims to sponsor 1000 medical cases permanently and provide total care for them. 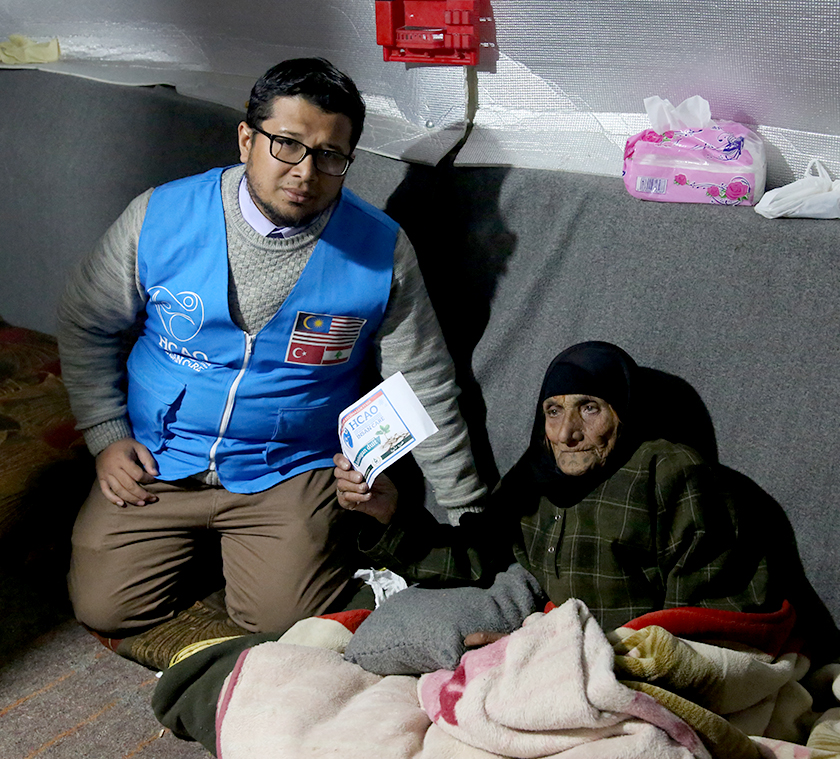 “(These charities are meant) for those needy who are (so) confined in the way of Allâh that they are unable to move about in the land (for providing their sustenance). The person ignorant (of their condition) thinks them free from want, because of (their)modesty and abstaining (from begging). But you shall know them by their appearance (that they are in need). They do not beg of people with importunity. And whatever good thing you spend (for their help) Allâh knows it surely well.” (Surah Al-Baqarah/ 273) (Pertubuhan Peduli Insan Malaysia) launched the Sponsorship of Modest Families project who are displaced, poor and needy in the camps of Syria and Lebanon. We seek, through this sponsorship, to contribute to the relief of these families after they lost everything they owned as a result of their displacement and the suffering they went through in Syria. The sponsorship costs RM500 monthly for one family with 5 members in average We aim to sponsor 1000 poor families to alleviate their suffering and satisfy their hunger. 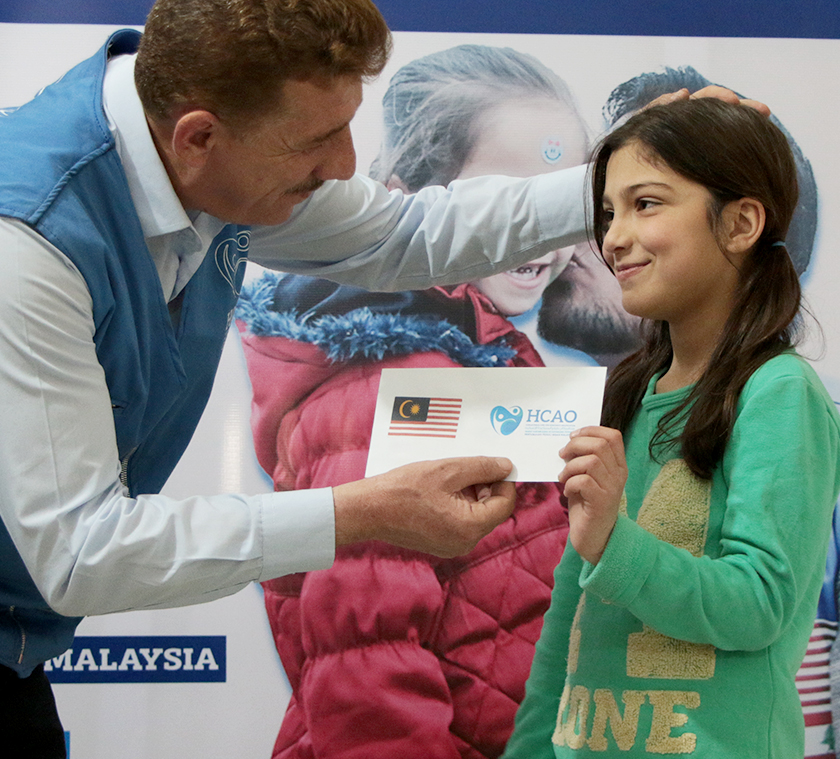 Who is an orphan? Orphan is mentioned in the holy Quran: (So as for the orphan, do not oppress [him].) [Ad-Dhuha/9] The Prophet -pbuh- also mentioned them: Messenger of Allah (ﷺ) said, "I will be like this in Jannah with the person who takes care of an orphan". Messenger of Allah (ﷺ) raised his forefinger and middle finger by way of illustration. The orphan did not attain this high status except for the difficulty of the suffering that he lives, Under the cruel war, children need their parents to make them feel safe. In the life of an orphan, touching stories and unforgettable situations, but despite all of this he keeps smiling and tries to stand up again if he stumbles. Orphan is a child deprived of calling the word “father” Deprived of having someone to help him get up whenever he falls. Deprived of having a mother who cures him if he is sick He who has not been an orphan will not know the meaning of the painful feeling that inhabits his soul. So try to close one of your eyes and imagine that you lost your father, and then close the other eye and imagine that you lost your mother. You see how much pain you will live, and we are still just imagination, so how about those who experienced it for real. An orphan in war, a child who lost his past and is potential to lose the future, Unless he finds sympathetic hands to help him overcome this painful stage of his life. The orphan sponsorship project aims to: Sponsoring an orphan through quarterly payments that secure his basic needs in terms of food, clothing, education and Islamic education. Providing a religious supervisor for every 25 orphans to teach them about their religion according to a program suitable for their age that is two classes a week. Conducting a medical check-up for the orphan every 6 months, to ensure his physical and mental health, And that is at Turkish clinics and hospitals, through health insurance for children in accordance with Turkish law, that includes clinical and rapid treatment. Providing an educational supervisor for every 50 orphans, in order to raise the orphan socially, behaviorally and psychologically according to an educational program to instill values and skills. Children are the most affected age group as a result of this war. The United Nations Children's Fund (Unicef) considered that Syria has become one of the most dangerous places for children, And that is after the conflict had caused the death of thousands and deprived many of studying and pushed them to displacement or asylum, The suffering also included forcing young children to work. Syria Relief Organization stated in a report that 5.3 million children need urgent help, in addition to the fact that 2 million of them are hard-to-reach children in the country's raging conflict areas. Hence, (Pertubuhan Peduli Insan Malaysia) paid special attention to children, It launched the "Orphan Sponsorship Project" which deals with the mental, health and psychological aspects of children. In addition to providing the basic needs of food, shelter, education, and securing a decent life, in light of the difficult conditions they live in in the countries of asylum. The goal of the project: Humanitarian care for an orphan in terms of religious, physical, psychological, behavioral and mental aspects. Supporting the orphan's family by providing basic needs for the orphan. Protecting orphans from laborر and begging. Taking care of the orphan’s health through various programs. Providing moral awareness to orphans and spreading the concepts of love and mercy among them.

A charitable, non-profit organization that seeks to provide;

To the poor and displaced people in countries suffering from humanitarian disasters.